The town of Amarkantak lies in the newly created district of Anuppur, in Madhya Pradesh. It is situated on the Maikal mountain range which links the Vindhyachal and Satpura mountain ranges, at about 1067 meters above mean sea level. The population of the town as per 2001 census is around 7000. 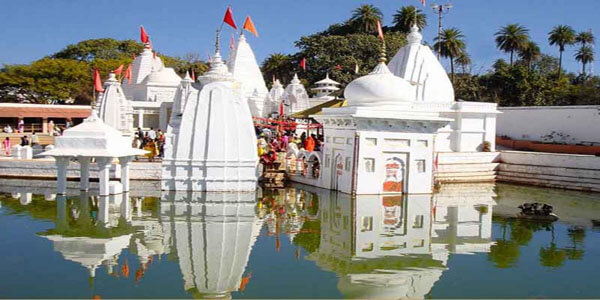 Many mythological stories relating to Lord Shiva and his daughter Narmada have been woven around this mystical town of Amarkantak. Amarkantak is known primarily as a religious place. The holy rivers Narmada and Sone originate from here. Another important river Johilla, too originates from Amarkantak. There are about 12 temples here devoted to Narmada maiyya. The Narmada temple is the most important one, which has been built around the origin point of the river Narmada. The Bhonsles of Nagpur built this temple. Maharaja Gulab Singh belonging to the Baghel dynasty of Rewa constructed the outer boundary wall of the temple complex. The Kalchuris constructed the Machendranath and the Patleshwar temple at Amarkantak. The Archaelogical Survey of India has declared this group of temples (Karna matha temples) a protected site. A few years ago,an idol was stolen from this protected site, which was recovered later; however, since then, the ASI has shifted the idol from this temple .The religious significance of this town has attracted people from various sects and religions and as a consequence, many ashrams of various sadhu-mahatama’s have come up in Amarkantak over the years. Besides attracting devotees of all sorts due to its religious importance, Amarkantak, because of its picturesque/rustic location, rich vegetation and moderate climatic conditions, attracts many tourists from nearby areas. The temperature of Amarkantak varies from 25 degree centigrade to -2 degree centigrade around the year. The period from the month of July to the month of September can be termed as the rainy season. Due to its beautiful locale and pleasant climate, Amarkantak has vast potential of being developed as a hill station attracting tourists of all kinds.

Amarkantak: A Source of Invaluable Jadi-Butis

The forests surrounding Amarkantak are home to various invaluable medicinal plants like brahmi, gulbakawali, safedmusli, kalimusli, tejraj, bhojraj, patalkumhna, kali haldi, devraj, hatahjodi, jatashankari, ashta gandha. At present the local vaids use them to make herbal remedies, some of which are well known for their potency.

The existing facilities at Amarkantak whether through the government or the private delivery system, are neither in tune with the importance of the place nor adequate to cater to a regular tourist flow. There are a few tourist cottages maintained by the local municipal body. The Madhya Pradesh State Tourism Development Corporation runs a ' Holiday home' which has ten rooms and two dormitories. There is some accommodation available in the Kalyan and Barfani Ashrams. However, there are no budget/ luxury hotels at Amarkantak for the average/upper market tourists.

The local market place needs to be organized properly. There is also a 'Haat-Bazaar' site coming up where Self Help Groups from all over the district will market rural products produced by them.This has the potential of becoming an important tourist attraction in future.

There is a Bus-Stand that needs a facelift, as many tourists prefer coming to Amarkantak by road.