Bargi Dam is built on river Narmada in Madhya Pradesh state of Central India. It is just 40kms south of Jabalpur city. Out of 30 major dam projects on river Narmada, it is one of the first completed dams on river. Bargi dam construction started in year 1974 and completed in year 1990. Main dam is constructed near Bargi village, close to National Highway-7 (connects Jabalpur- Nagpur) due to which it has been named Bargi Dam. It serves in irrigation projects and hydropower generation of 90 MW capacities. In addition to irrigation and power generation, dam is also used for tourism promotion on region. For tourism promotion, Madhya Pradesh State Tourism Development Corporation has opened its well furnished hotel for peaceful accommodation and entertaining visitors at this site. 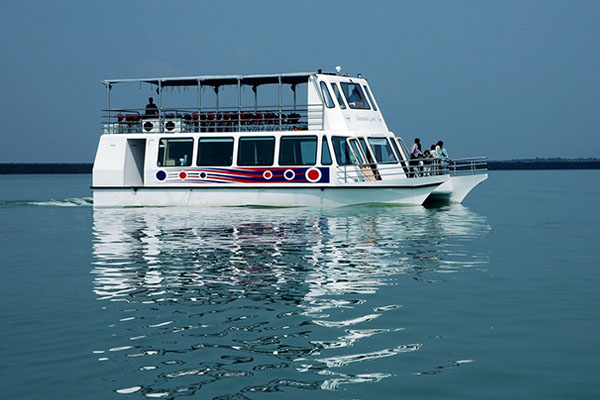 As mentioned above, Bargi dam was built in between period of 1974 - 1990 on Narmada river. This river is considered as the largest river in Madhya Pradesh and much older than Ganges and Himalayas. It took almost 16 years for completion of this project. During this process, for large number of villages have been relocated as they are lying in backwater encatchment area. Dam water is spread on areas of 3 districts i.e. Jabalpur, Mandla and Seoni. Height of Bargi Dam is 69 meters and length is 5.4kms. It backwater forms a lake of 75kms in length and 4.5 kms in width. Dam is constructed for the purpose of HydroPower generation of 105MW (currently producing 90MW (2x45MW)) and availing irrigation facility to 2980 sq.km. area.By introduction of Bargi diversion plan, irrigation area has been increased to 4370 sq.kms. area. Canals derived from Bargi dam are covering providing water to multiple districts and work is still going-on on canals.