Barwani Tourism and Tourist Guide, Places to Visit in Barwani

District Barwani was formed on 25th May 1998. It was carved out of West-Nimar, Khargone district. Barwani is situated on the south-west side of Madhya Pradesh as well as Holy River Narmada is its northern border. District is surrounded by Satpuda (in South) and Vindhyachal (in North) forest ranges.

The name Badwani originated from the forests of Bad which had surrounded the city in old times. Wani is the old word for the Garden. and hence city got its name Badwani which means Garden of Bads. Barwani is still pronounced as Badwani but it spells Barwani. 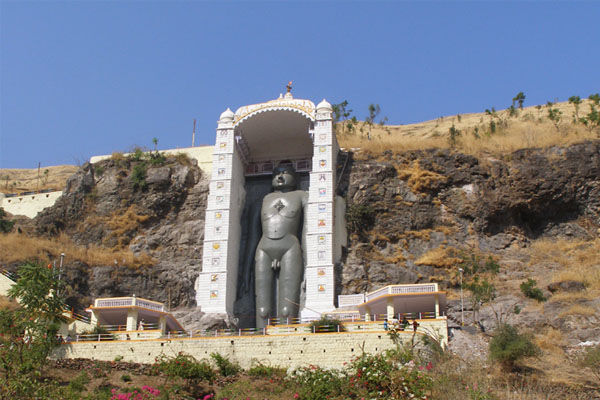 Town Barwani was the capital of old Barwani State before 1948. This small State was spared by British, Mughals and Marathas because of its rocky terrain and less productive soil. The Rana dynasty ruled the state throught the history. The history of this dynasty goes back to 13th century.

Town Barwani was also known as Badnagar and Siddha Nagar. The place is also famous for Chool Giri, Jain pilgrimage centre of Bawangaja. Barwani has a Historic Symbol which is known as TIR-GOLA. It is located at Khandwa-Baroda Road, in front of Sagar Vilas Palace and was built in the memory of late son of Raja Ranjit Singh. Before Independence Barwani was known as 'The Paris of Nimar'

Founded in the 9th (traditional date of 836A.D.) or in the 14th century by a Sisodia Prince from Mewar, who migrated into the Narmada Valley, and settled at Avasgarh, a hill in the Satpuras, about 78 kilometers southwest of the present capital. Until 1650, the state was called Avasgadh, after its original capital. From the beginning of the 18th century the power of the Ranas of Barwani gradually declined; their country, originally of considerable extent and situated between the Narmada and the Tapti, was devastated by the Marathas, and at the time of Malcolm's settlement of Malwa (1819), only a strip of the Satpura range, 207 kilometres in length, with the lowlands on either side, remained to them. They did not, however, become tributary to any of the Malwa Chiefs. The state was formerly located in Malwa, Central India and became part of Madhya Pradesh at Independence. The state was located on the left bank of the Narmada River Bordered on the north by Dhar, on the northwest by Ali Rajpur, on the east by a portion of Indore, and on the south and west by the Kandesh district of the old Bombay Presidency.