Celebrated in the entire Indian literature and sacred books; the abode of Lord Ram, his spouse Sitaji and his brother Lakshman during their exile for about eleven years and a half; capable of purifying the human heart and of attracting the tourists by its charms of nature. Chitrakoot is a holy place famous both for its natural scenery and its spiritual altitude. A tourist is as much thrilled by sighting its beautiful waterfalls, playful young deer and dancing peacocks as a pilgrim is overwhelmed by taking a dip in the Payaswani/ Mandakini and by immersing himself in the dust of the Kamadgiri. From times immemorial, the Chitrakoot area has been a live centre of inspiration for cosmic consciousness. 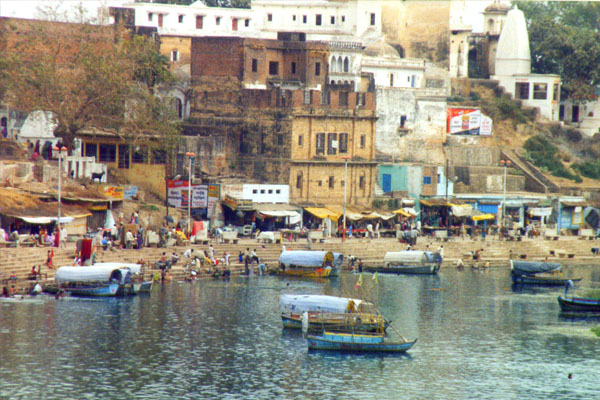 Thousands of mendicants, hermits, sages and saints have attained higher and higher spiritual status and have exerted a beneficial impact on the world through their penance, sadhana, yoga, tapasya and various arduous spiritual endeavours. Nature has been very generous in bestowing over the area all the gifts in her power, which enable it to attract pilgrims and tourists alike from all over the world. Atri, Anasuya, Dattatreya, Maharshi Markandeya, Sarbhang, Sutikshna and various other sages, seers, devotees and thinkers have lived in this area through all the ages; and knowledgeable people say that many of such figures are still engaged in tapasya here in various caves and little known places. This lends the area a spiritual aroma which permeates its entire atmosphere and makes it spiritually alive to this day.

Chitrakoot is the teerth of all teerths. According to the Hindu belief, Prayagraj (modern name- Allahabad) is the king of all teerths; but Chitrakoot is rated as more elevated. When Chitrakoot did not go to him as all the other teearths did, Prayagraj was told that Chitrakoot enjoyed a higher status and it was Prayagraj who was expected to go to Chitrakoot and not vice versa. It is said that Prayagraj comes every year to wash off his sins by bathing in the Payaswini. It is also said that all the gods and goddesses came to Chitrakoot when Ram performed the Shraddha ceremony of his father to partake of the shuddhi (i.e. a feast given to all the relatives and friends on the thirteenth day of the a death in the family). They were captivated by the beauty of the place. Lord Ram's presence there added a spiritual dimension to it. So they were unwilling to depart. Vashishtha, the family priest sensing their desire to stay and in accordance with the wishes of Lord Ram, forgot to utter the visarjan (departure) mantra. Thus, all the gods and goddesses have made this place their permanent abode and are always present there. Today also, even when a mere tourist reaches this place strewn profusely with ancient rocks, caves, ashrams and temples with sages engaged in holy and spiritual sadhana, he loses himself unwittingly in the atmosphere charged with unceasing holy rites and enlightening sermons and partakes of the bliss of a world very different from our own. Thousands of pilgrims and seekers of the truth from all parts of the world resort to this place impelled by an irrepressible desire to improve and elevate their lives.

Chitrakoot has had its own identity and this very name since times immemorial. The first known mention of the place is in the Valmiki Ramayan, which is believed to be the first ever Mahakavya composed by the first ever poet. As an unwritten composition, an epic of growth, it was handed down from generation to generation by an oral tradition. As Valmiki is said to be contemporaneous with (or even earlier than) Ram and is believed to have composed the Ramayan before the birth of Ram, the antiquity of its fame can well be guaged. Valmiki speaks of Chitrakoot as an eminently holy place inhabited by the great sages, abounding in monkeys, bears and various other kinds of fauna and flora. Both the sages Bharadwaj and Valmiki speak of Chitrakoot in glowing terms and advise Ram to make it his abode during the period of his exile, as the place was capable of relieving a person of all his desires and of giving him a calm of mind that could make him achieve the highest of the goals in his life. Lord Ram himself admits this bewitching impact of this place. In the ‘Ramopakhyan’ and descriptions of teerthas at various places in the Mahabharat, Chitrakoot finds a favored place. It ‘Adhyatma Ramayan’ and ‘Brihat Ramayan’ testify to the throbbing spiritually and natural beauty of Chitrakoot. The writer has been told that the latter work devotes as many as sixteen cantos to the description of Chitrakoot and its principal places. Entire Indian literature relating to Ram gives it a unique pride of place. The Rev. Father Kamil Bulke even mentions a ‘Chitrakoot—Mahatmya’; found among the collections of Mackenzie.Various Sanskrit and Hindi poets also have paid similar tributes to Chitrakoot. Mahakavi Kalidas has described this place beautifully in his epic ‘Raghuvansha’;. He was so much impressed with its charms that he made Chitrakoot (which he calls Ramgiri because of its time-honoured associations with lord Ram) the place of exile of his yaksha in Meghdoot. Tulsidas, the saint-poet of Hindi has spoken very reverently of this place in his entire major works-Ramcharit Manas, Kavitawali, Dohawali and Vinay Patrika. The last-mentioned work contains many verses which show a deep personal bond between Tulsidas and Chitrakoot. He spent quite some part of his life here worshipping Ram and craving his darshan. It was here that he had what he must have considered the crowning moment of his achievements--ie. The darshan of his beloved deity Lord Ram at the intercession of Hanumanji. His eminent friend, the noted Hindi poet Rahim (i.e. Abdur Rahim Khankhana, the soldier-statesmen-saint-scholar-poet who was among the Nav-Ratnas of Akbar) also spent some time here, when he had fallen from favor with Akbar's son Emperor Jahangir. According to the Beetak literature of the Pranami sect, the saint-poet Mahamati Prannath wrote two of his books-Chhota Kayamatnama and Bara Kayamatnama here. The exact place where Prannath lived and composed these works interpretting the Quran and showing its similarities with Shrimad Bhagwat Mahapuran, could not be traced.

A newly district was created on 6th May 1997 in U.P. named Chhatrapati Shahuji Mahraj- Nager, which comprises of Karwi & Mau Tehsils and has been carved out from the Banda district. After some time, the district name was converted in Chirakoot on 4 th Sept. 1998. It falls in the northern Vindhya range of mountains spread over the states of Utter Pradesh and Madhya Pradesh. The larger part is included in the District Chitrakoot of U.P. and the District Satna of Madhya Pradesh. The word "Chitrakoot" has been used here to refer to this larger area and symbolizes the rich and varied cultural, religious, historical and archaeological heritage of the various places and sites of this area. Lacs of people gather here at these sites on each Amavasya. Somwati Amavasyas, Deepawali, Sharad-Poornima, Makar-Sankranti and Ram Nawami are special occasions for such gatherings and celebrations. 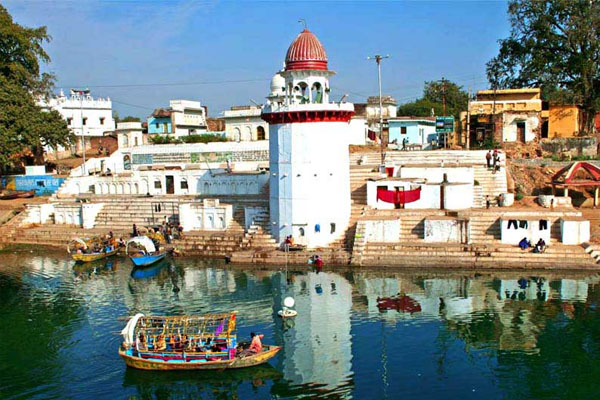