Being one of the oldest cities of the country, Bhopal has a glorious past. The History of Bhopal tells tales of interesting, heroic and amazing incidents. It can take pride in its excellent blend of Islamic and Hindu cultures. Various dynasties have ruled the city over the years, contributing to its architectural and historical richness. 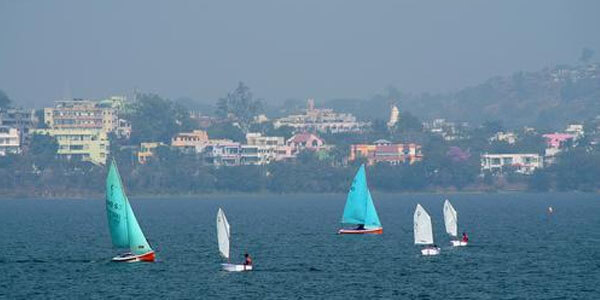 The History of Bhopal takes us back to the eleventh century when Raja Bhoja – the great ruler built a city called Bhojpal. According to the historians, it was the original Bhopal City. Later on, the Mughals captured the city and ruled it till the beginning of the eighteenth century. The Afghan soldier – Dost Mohammed established the princely province of Bhopal in 1723. Well supported by the tribal queen – Rani Kamalpathi, he was able to ward off the neighboring Rajput kings.

When speaking about the History of Bhopal, the contribution of the Begums cannot be written off. The females of the royal family ruled the state for almost hundred years. They led austere lives, followed their religion faithfully and were able administrators. Begum Nawab Sultan Jahan was one of the greatest Begum rulers of Bhopal.

Sultan Jahan's son Hamidullah inherited the throne in the year 1926. Under him, the Bhopal State signed the 'Instrument of Accession' and became the part of the Indian Republic in 1947. The sleepy town of Bhopal has today transformed into a swanky modern city.

The Begums of Bhopal

A discussion about the history of Bhopal will bring forward a very important period when the place was ruled by the ‘The Begums of Bhopal'. The meteoric rise of the female rulers in the male dominated world can be considered as a fascinating example of women power. Not only was that, being a part of the conservative Islamic royal families, their endeavors even more praiseworthy.

The Begums of Bhopal took hold of the administration of the princely state of Bhopal during the rule of Qudsia in the nineteenth century. She ruled the province with firm hands on behalf of Sikander – her daughter. Qudsia performed the dual role of bringing up Sikander and governing the state with elan. Sikander, with her mother's guidance grew up as a strong lady. Not only in her physical strength but she excelled in every other aspects also. She was one of the nineteenth century social reformer and modernist.

Shajehan succeeded her mother Sikander and carried on the good work despite constant opposition from her subjects and the British. Her popularity suffered a blow because of her ill-mannered husband. She was a great connoisseur of arts and music. Sultan Jahan was the last Begum of Bhopal and rose with her own capability. She became the first chancellor of the Muslim Aligarh University and the foremost president of the All India Education Conference. She was a social worker in true sense and dedicated herself to the promotion of education among the women.

The Nawabs of Bhopal

The Nawabs of Bhopal ruled the princely state – Bhopal before the Indian independence. During the medieval period and during the British rule in India, the Nawabs were the supreme authority of Bhopal. Contrary to the popular notion, the most illustrious Bhopal Nawabs were women. According to historical findings, the first among the Nawabs of Bhopal was Nawab Dost Muhammed Khan - the man who rebuilt the city founded by Raja Bhoj.

Nawab Sultan Jahan Begum – the last Begum Nawab was the most prolific of Nawabs and rose to great heights. She became the foremost chancellor of the Aligarh Muslim University. Her social works and reform measures are remembered till today. Her son Nawab Hamidullah Khan ascended the throne in 1926. With his enthronement, the golden period of women Nawabs in the history of Bhopal ended. Hamidullah signed the 'Instrument of Accession' in the year 1947 by which the province of Bhopal became a part of the Republic of India.

Situated in the heart of Madhya Pradesh, the historical city of Bhopal is deservingly the capital of the state. Besides the excellent location of Bhopal, the city is blessed with beautiful landscapes, busy commercial centers, peaceful residential areas and historical monuments.

The geographical location of the Bhopal City lies within North Latitude 23º16' and East Longitude 77º36'. The location of Bhopal falls in the northwestern portion of Madhya Pradesh. If seen in the Map of India, Bhopal occupies the central most region of the country. The city of Bhopal shares its border with two large and picturesque lakes. Like few other big cities of the country, Bhopal is also divided into two parts – the old city and the new one. The Old Bhopal is situated in the northern part of the city, while the southern part is called as the New Bhopal. The two lakes of the Bhopal City are referred as the Upper and the Lower Lakes.

Due to its central location, Bhopal is very easily approachable from all parts of the state and country as well. The Bhopal Airport, Railway Stations and well-maintained roads enhances the convenience of the place for the tourists and visitors.

Situated in the northwestern part of Madhya Pradesh, the 'City of Lakes' - Bhopal witnesses extreme warm summers but pleasant winters. The general picture of the Bhopal Weather will feature a sunny and warm day and mild evening. A report of a normal day of summer will project the usual Bhopal Weather.

The climate of Bhopal is more or less the same as most of the cities of that region. In summer, the temperature soars up to forty-five and forty eight degree Centigrade during the daytime. However the evenings are much milder. It is better to take precautions while visiting the Bhopal City in the summer. The extreme hot conditions may take its toll on the health of a person. The winters in Bhopal are quite pleasant and enjoyable. Temperature at this time of the year comes down around nine degree centigrade. Climatically speaking October to March is the best season to visit Bhopal

There are many popular and spoken languages in Bhopal, the capital city of the Indian state of Madhya Pradesh. But Hindi is the most important and the official language of the state. So this language enjoys a special status in the capital city as well.

Since people from varied backgrounds stay in this Indian city so languages of different regions of India are commonly used here. Urdu, Gujarati, Marathi and Sindhi are among the other widely spoken languages of Bhopal.

There are various popular dialects of Hindi spoken by the people of the Indian state of Madhya Pradesh. The people of Bhopal are no exceptions in this regard. There are many people in the city of Bhopal who speak in the Malwi, Bundelkhandi and the Chattisgarhi dialect.

The medium of instruction of most of the schools in the city of Bhopal is Hindi. But recently many English medium schools are also mushrooming here.

In present days English is counted among the most widely used languages in Bhopal.

Bhopal Gas Tragedy took place on the third of the month of December in the year 1984. Till date it remains one of the worst accidents in the history of the country of India.

The tragedy occurred as a result of an accidental chemical reaction that took place in the factory of the Union Carbide Limited in Bhopal. In the midnight, leakage of the venomous Methyl Isocyanate (MIC) gas started. Soon this poisonous gas started spreading across the city to envelop it with its deadly wings. Due to which almost the whole of the city turned into a deathly gas chamber.

As a result almost three thousand of the residents of this city lost their lives. Many people were left with various physical disorders and diseases. The ecological balance was disturbed with many livestock and other animals being killed. Environment was contaminated to a massive extent.

The aftereffects of this tragedy were even more massive. It took a long time for the state to recover from it. The task of providing rehabilitation and relief to the victims of the Gas Tragedy in Bhopal was thus taken over by the office of the Chief Minister. In the year of 1985 a department of Bhopal Gas Tragedy Relief and Rehabilitation was created.

Many non- governmental agencies also came up to provide support and relief to the victims. With their help and support the task of the state government to tackle this extremely difficult situation became comparatively easier.

Bhopal Gas Tragedy is remembered as one of the ugliest industrial disasters that have ever taken place.

Bhopal Passport Office was inaugurated by Shri Atal Behari Vajpayee on the seventeenth of October in the year of 1978. He was then the Minister of External Affairs of the Government of India.

All the forty-eight districts of the state of Madhya Pradesh and the sixteen districts of the Indian state of Chhattisgarh fall under the jurisdiction of the Passport Office in Bhopal. From the third of the month of July of the year 2000 this office has been totally computerized by the National Informatics Center of the Ministry of Communications and Information Technology.

The office has a total strength of twenty-eight employees. Presently the authority of issuing passport lies with Mr. R. A. Dhone, Acting Passport Officer and Mr. Amar Jinus Lakra, the Superintendent.

The Passport Office of Bhopal is located at the second floor of the Gangotri Complex in T.T. Nagar. The office is situated at a distance of about 13 kilometers from Bhopal Airport, seven kilometers from the Bhopal bus stand and about six kilometers away from the main railway station.

District Passport Cells have been opened recently in some of the districts of the state of Madhya Pradesh and in all the districts of Chhattisgarh. Blank passport application forms are sold from these cells. They also accept the completed forms on behalf of the Passport Office, Bhopal. There are such cells located in the districts of Jabalpur, Gwalior, Ujjain, Balaghat, Sagar, Ratlam, Bhopal, Rewa, Indore and Hoshangabad.

The Bhopal Passport Office remains open from 9:30 in the morning to 6 in the evening for customer services.

The old Mughal City of Bhopal is a popular tourist destination as there are a number of interesting sites in and around the city. Transportation in Bhopal are well equipped and offer its visitors a comfortable journey to the various tourist locations. This Indian city is well accessible by air, rail and buses. There are different modes of Transportation in Bhopal and a visitor can choose one according to his budget. The city of Bhopal has retained its old town charm as a Mughal city of the yesteryears and still occupies an important place as the capital of the Indian State of Madhya Pradesh.

In general the system of Public Transportation in Bhopal is decent and the buses, autos and tempos travel to most part of the city. One can also opt for hiring a taxi for day trips or for going around the city.

Keeping in mind the high demand for Flights to Bhopal, a number of Airlines have flights flying regularly to and from Delhi, Mumbai Gwalior, Gawahati, Goa, Lucknow and Indore. The Airlines that Fly from Bhopal Airport to important destinations include: